A Small but Rather Capable Group

I rarely get a large enrollment and for good reason. They say that there are three prospective events that frighten everyone. The first is the possibility of death, next, the chance that your spouse might divorce you and finally that you will be called on to speak in public. 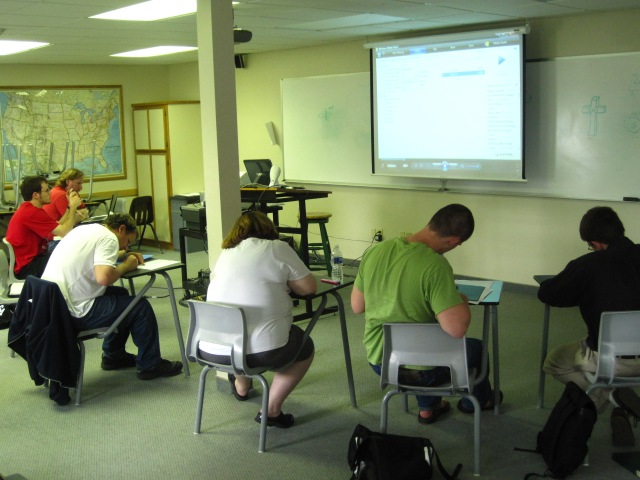 I have been given the assignment of teaching a course they have entitled, “Preaching to the Unchurched.”  I have what I think is perhaps a better title but it would likely confuse people. I always call this course, “Communicating Christian Thought in a Post Christian, Post Modern World.”

Truth is, even believers are sometimes confused regarding the TRUTH. Many Christian’s see truth as a series of facts that they adhere to. For the most part, they would say that they agree with the tenants of the Apostle’s Creed. Even still, they often fail to see how TRUTH impacts ever aspect of life from what we wear and drive to whom we choose to marry or the job we take. There cannot be a sacred and secular life that co-exists within the same person.

Regrettably, churches wind up being filled by relativists and humanists masquerading as Christians. With this in mind, I have spent the week encouraging my six young preaching students to consider the task of preaching to procure a Christian mind by tackling the issues that have found their way from the halls of philosophy to the media outlets to the kitchen table and finally to the church pew.