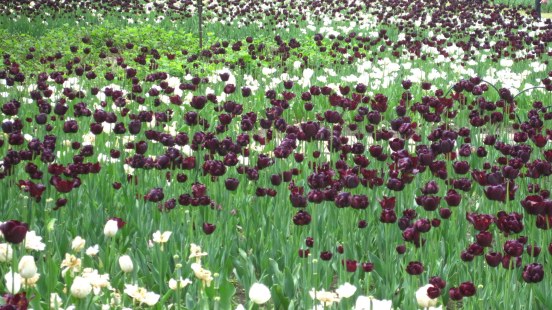 During World War II Princess Juliana of Holland was sent to Canada for refuge and safety with her two daughters. Here she lived with two-year-old Beatrix, now Queen of The Netherlands, until its liberation by Canadian troops.

Since that time Canada and Holland have had a close bond. As a way of expressing its gratitude, Holland continues to send millions of brilliantly colored tulips to Canada each year. 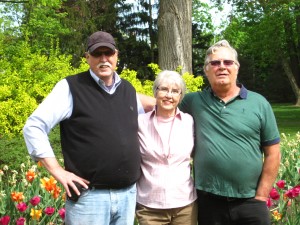 They line the Parkway around Dow’s Lake, where our dear friends Bud and Deb Narraway took us for a walk after a lunch of enchiladas at The Lone Star Cafe. Though we came around at the very end of the tulip season, there remained many different varieties in every possible color and combination. Bud and Debbie became Christians around the same time as we did, and our lives have been intertwined ever since. We had lots to catch up on and much to rejoice in as we remembered God’s faithfulness to us, our children, and grandchildren.