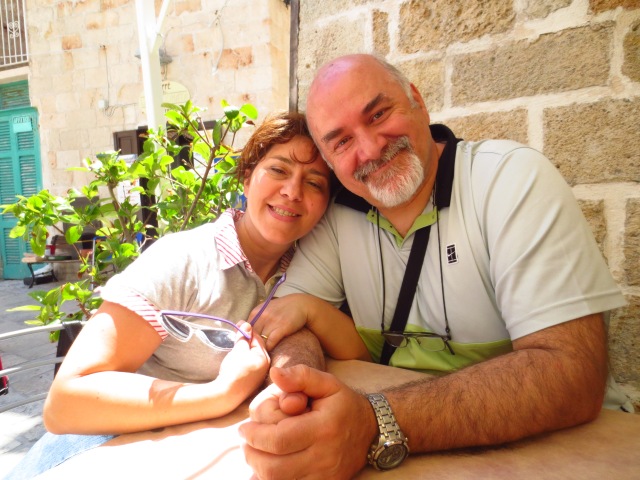 We did make it to Fisano about forty minutes from Bari. Coming to meet us were Maria and Oreste. After more traffic and time than expected they did arrive. After introducing Jeanne we jammed our luggage into their little blue car and drove the thirty minutes to hotel,

The Rococco, which looked fabulous on the internet but sorry to say, did not show off so good in real time. Upon arrival, I was unprofessionally informed by an unsmiling, youthful attendant who appeared to me as though he just came from his bed that we were not booked to stay in the hotel but in an apartment a short distance away. We all toted bags and followed him like ducklings to what he proposed to be “tuo centri metri” (200 meters – it was not). Then once there he opened the door to a stair case of five flights with no elevator. With huffing and puffing, up we went but once there, we had lots of nice space for seventy-five euro a night (with no prima colazioni – breakfast). Nevertheless, it was private, breezy and clean. We would spend three nights and except for the climb several times a day and two occasions when there was no hot water which they finally remedied on the last day, we had a good stay. Yes, we celebrated our forty-eighth anniversary in this little apartment.